Coast Transit Authority announces Saturday, June 15, 2019 will be the last day of service for Route 32 – Popps Ferry Biloxi & D’Iberville. This 90-minute route ran 6-days a week with the route starting at the bus shelter at Pass Road and Popps Ferry. Riders had the opportunity to transfer and make connections with Pass Road – Route 34 East- and Westbound as well as Route 4 D’Iberville when it reached the Target store at the Promenade will be eliminated.

Route 32 – Popps Ferry began service in December 2017 at the request of the community. With the financial support of the City of Biloxi, CTA operated this demonstration route from December 2017 through October 2018. During the demonstration period, the route did not achieve enough ridership to warrant continuation. CTA evaluated ridership performance with the City of Biloxi and with the additional support of the City of D’Iberville an extended route was established. The new extended route ran the full corridor of Popps Ferry Road in Biloxi and continued on to the Promenade shopping area in D’Iberville. With the collaboration of both the City of Biloxi and the City of D’Iberville, CTA operated a second demonstration period of this extended service from November 2018 – May 2019. A slight increase in ridership was shown however not to the level to adequately sustain the route.

Therefore, due to ridership level of only 3.5 passengers an hour, Coast Transit Authority is terminating Route 32 Popps Ferry effective Saturday, June 15, 2019. “CTA would like to recognize the City of Biloxi and the City of D’Iberville for their responsiveness to the requests of their citizens,” said Kevin Coggin, CTA Executive Director, “and thank both cities for the efforts to help plan and financially support this route.” 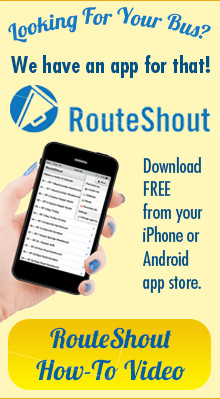